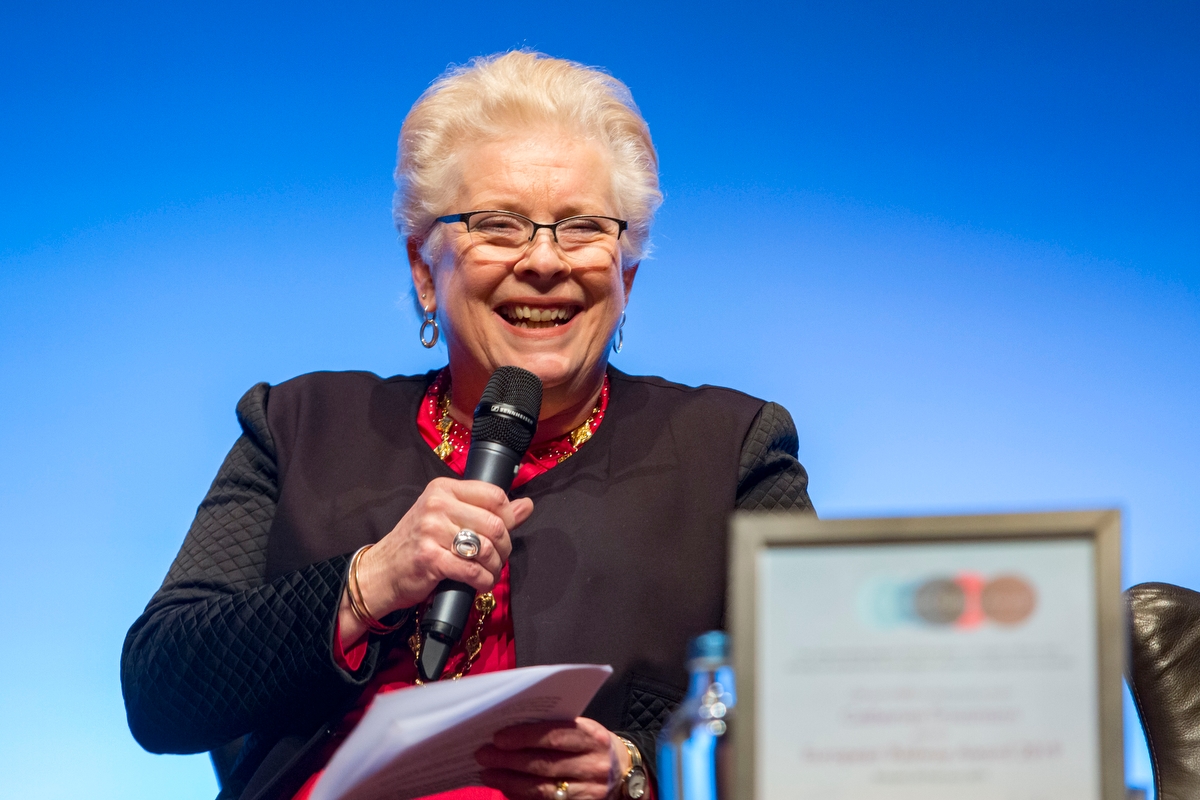 The biggest drawback of the North Sea-Baltic rail corridor is currently the lack of the European traffic control system ERTMS. Bottlenecks in the network that hinder the operation of 740-meter freight trains should also be tackled as soon as possible, says Catherine Trautmann, who is European coordinator of the North Sea-Baltic rail corridor since 2014.

Catherine Trautmann makes these statements in a video interview in the run-up to RailTech Europe. There she will give a presentation on the important developments in this international freight corridor on 30 March. The North Sea-Baltic rail corridor connects Eastern and Western Europe and runs from Belgium and the Netherlands via Germany, Poland, Lithuania and Latvia to Estonia.

According to Trautmann, interconnectivity between different countries is an important aspect that is currently being worked on. The introduction of the European safety system ERTMS will make it easier for trains to cross the border, because there is no need to change signaling systems. “I am working with my colleague coordinator to close the ERTMS gap. Steps must be taken to implement this system in Berlin and Warsaw.” She also names the Rail Baltica project as a major step in increasing interoperability between the various EU countries on the rail corridor.

Rail Baltica is the largest rail project in the history of the Baltic States. With the application of the standard European track width of 1,435 millimeters and ERTMS, the railway is the missing link on the North Sea-Baltic rail corridor.

The completely new 870-kilometre rail link will connect Poland, Lithuania, Latvia, Estonia and, indirectly, Finland. Rail Baltica consists of an electrified track, which both freight and passenger trains can use. Passenger trains and freight trains will be able to run on this high-speed line from 2026.

In addition to three multimodal terminals in the Baltic States, seven new passenger stations will be added to the route in Talinn, Pärnu, Riga Central, Riga Airport, Panevėžys, Kauas and Vilnius respectively. The project is partly financed from the European Connecting European Facility (CEF) fund with the aim of better connecting European countries.

According to Trautmann, promoting interoperability, removing obstacles to long freight trains and better connecting the cities on the route with a high-speed connection are “top priorities” of the work on the North Sea-Baltic rail corridor. “This is an opportunity and the regulations of the TEN-T networks are very useful for this. We hope that by 2030 we will have completed all projects in the corridor.”

She points out that digitisation plays an important role in the Rail Baltica project. “Customers want to know where their goods are and when they will arrive. Digitalisation and innovative systems will ensure that the tracing of goods offers great advantages for customers.” Because Rail Baltica is constructing completely new railway lines, she believes it is easier to include innovative solutions in the implementation from the start.

According to her, the European Year of Rail is important because ‘it shows what rail has to offer’. “It changes the perception of the railways because knowledge is shared about its benefits. In addition to the good performance of the rail, it is a compatible transport system in fighting climate change. It is a sustainable means of transport, but it also has social benefits.”

In addition to the various projects in the corridor, work is being done at European level on proper diversion routes for maintenance work or accidents. “We must have diversion routes that ensure that freight transport does not come to a standstill. Predictable and reliable transport is one of the results we hope to achieve in the Year of the Rail.”

Trautmann was born in 1951 in Strasbourg, France, and has had a long political career. Between 1997 and 2000, she was Minister of Culture in France and between 1989 and 1997 and 2004 and 2014 she was a Member of the European Parliament. She was also mayor of Strasbourg and president of the port of Strasbourg for a number of years. In 2014 she was appointed by the European Commission as coordinator of the North-Sea Baltic TEN-T rail corridor. In 2019 Trautmann won the European Railway Award for her efforts in international rail transport.

Catherine Trautmann will give a presentation on March 30 during RailTech Europe, which will be devoted to the European Year of Rail 2021 on that day. Also Elisabeth Werner, Director Land Transport of the European Commission, Florian Böhn, Head of Rail at the German Ministry of Transport, and ProRail CEO John Voppen will give a presentation on this day. Visit the event website for more information.