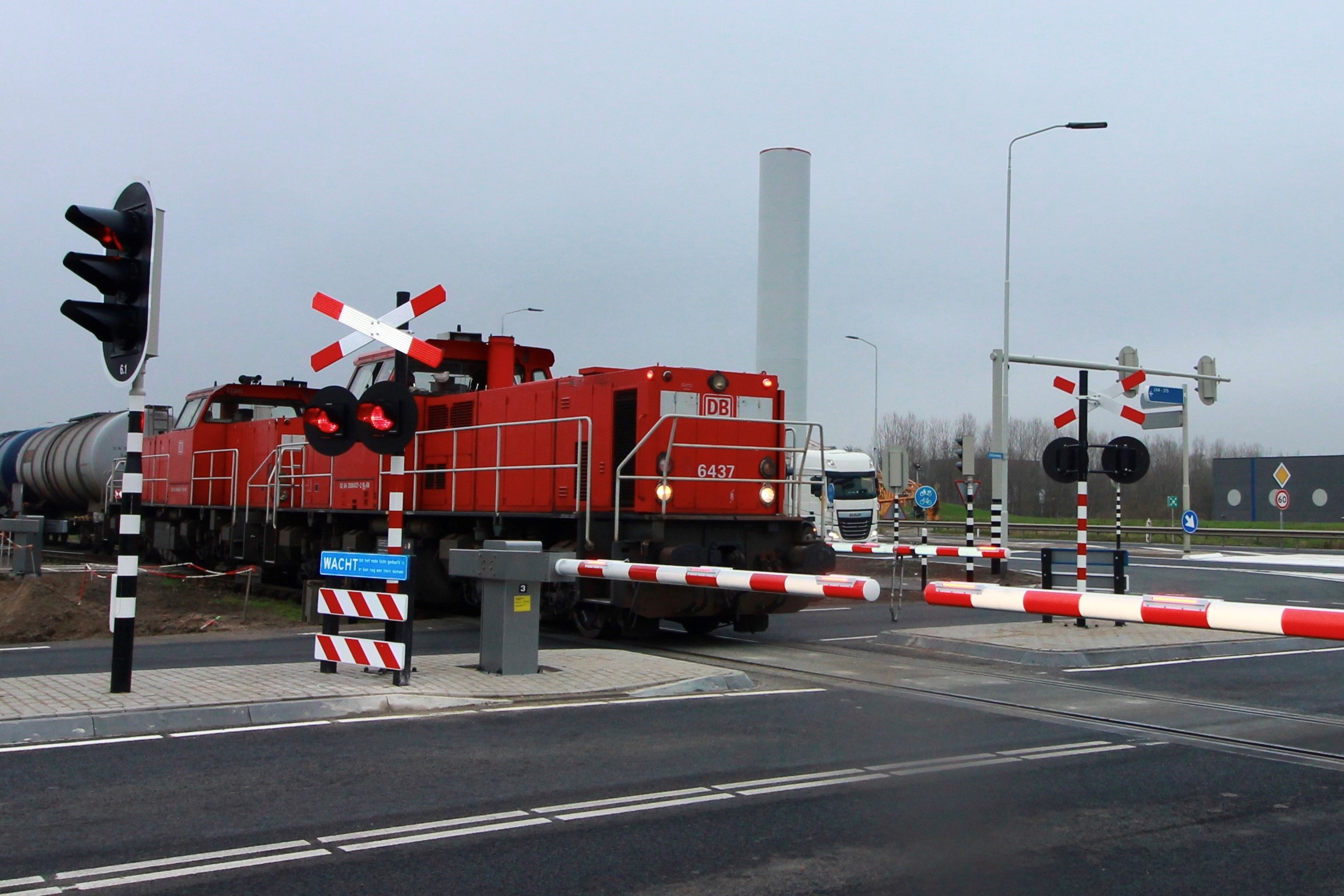 Last year, a smart camera was installed on the Moerdijk railway site in the Netherlands for the monitoring of incoming freight wagons, especially those with dangerous substances. Karel van Gils, Director of Innovation and Technological Innovation at infrastructure manager ProRail, says in a broadcast interview with Dutch sister magazine SpoorPro that more applications are conceivable, for example in the field of capacity management on railway yards.

The smart camera in Moerdijk, the fourth biggest seaport in the Netherlands, was taken into use last July. The camera is located at the entrance of the location and checks all wagons upon entry. The system reads out the wagon numbers and information about the contents of the train. This is then compared with the information in the carriage list provided in advance by the carriers. Any deviations are automatically indicated in the waiting list, after which they are adjusted manually.

It is not so much about the time savings that can be achieved, but it is mainly about increasing the accuracy and reliability of this information. That is especially important for train cars that contain dangerous substances, says Van Gils. Therefore, the test has been extended with the applications of wireless sensors in the track, so that the cars can be tracked.

“Now we can not only see better which hazardous substances are in which wagons, but also where they are on the site. This particularly benefits the provision of information to the emergency services.”

The test is currently being evaluated, after which a final report will be published. Van Gils speaks of a very well-functioning system, which achieved scores of 90 to 95 percent reliability. Therefore, there is interest in applying the monitoring system with smart cameras and sensors elsewhere as well.

“In the Botlek area and at other places in the port of Rotterdam, Moerdijk’s lessons can also be put into practice. It offers many advantages from a logistical point of view. By knowing exactly when which train arrives at the terminal gate, companies can optimise their own logistics processes. When you know exactly where which car is, the capacity management on the site can also be improved”, says Van Gils.

Val Gils also spoke about the Coradia iLint hydrogen train, with which ProRail, Arriva, Alstom and Dekra carried out nocturnal test rides as part of the plans of the province of Groningen to make rail transport in the north of the Netherlands more sustainable. This is still largely done by diesel trains.

The province of Groningen will use hydrogen trains on the railway in Groningen by 2024. This can be done, for example, on routes to Stadskanaal and the ‘Wunderline’ to Germany. A feasibility study shows that a hydrogen train is a full-fledged alternative to the current diesel train.

The arrival of battery trains is also being investigated, says Van Gils. With the two green alternatives, namely electricity and hydrogen, new tests will be done in the long run. “We are concretely working on a project to prepare the next test in the Netherlands.” Van Gils can not yet say where that will happen. This is being discussed with the provinces.

Battery trains are particularly interesting at regional concessions where there is no overhead line or where diesel trains now run. This means that Groningen could once again be a possible test location. However, it seems more likely that the test will take place elsewhere.

“We see that our current diesel trains and diesel locomotives run not only in the north, but also in the east of the country and in the port area. So we are now looking at something at country-level instead of a specific area or line. The big advantage of this is that we can learn from each other and use each other’s expertise”, Van Gils concludes.