Rail Baltica about the advantages of a green field situation 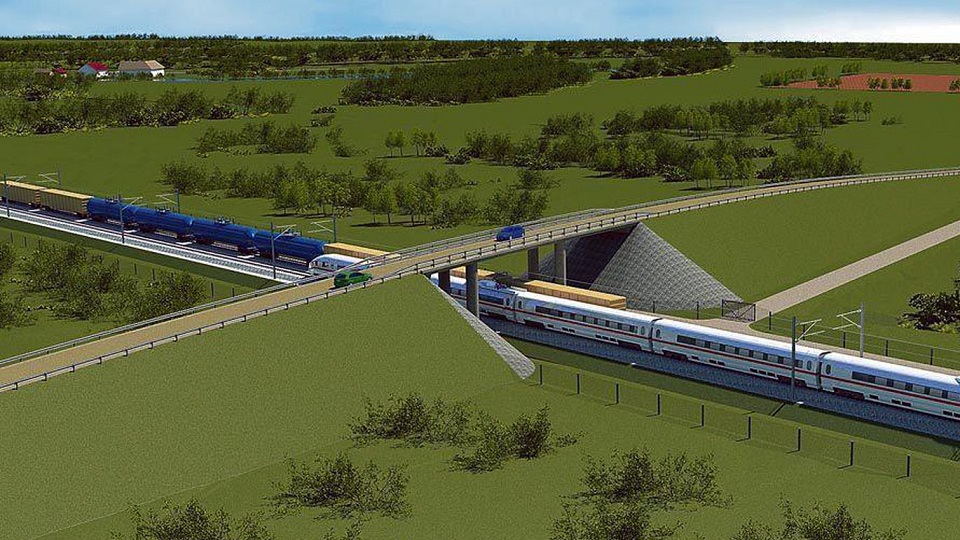 The construction of brand new rail infrastructure like Rail Baltica has some advantages over the updating or extension of existing networks. Especially on a digital level. At RailTech Europe Live, that will take place from March 30 until April 1, Rail Baltica will give a presentation about the current status of the project, but most of all about digital innovations that it wants to deploy on the new line that is planned for opening in 2026.

The Rail Baltica project is developing a new railway infrastructure and economic corridor, with 1435 millimetre standard European gauge rail, linking Estonia, Latvia and Lithuania into Poland and beyond. The link will go from Talinn in Estonia, to Riga in Latvia, to Kaunas and Vilnius in Lithuania and to the Polish railway network. And for the first time there will be a standard gauge railway in the region linked to the main European network.

In preparation of the RailTech Europe Live conference Andy Billington, Innovation and Sustainability Expert at Rail Baltica explained that there wasn’t any standard European gauge railway connection in the area before the project started. “For historical reasons all of the railways in the region are 1520 millimetre wide gauge and everything has focussed on East-West connectivity, from the Eastern borders through to ports primarily on the western side of the Baltic states: there hasn’t been a straight north-South link. The new direct north-south link will also connect a busy ferry route to Helsinki in Finland with the railway all the way into Poland and beyond.”

There is a real green field situation where Rail Baltica is planned. What are the advantages of having such a situation?

“Quite a lot of advantages, although off course challenges as well. We are not integrating with an existing operating railway on the route, so we do not have some of the difficulties you see in projects such as Crossrail in the UK for instance. We are able to look at how things have developed over the last ten to fifteen years and take thisopportunity to do things maybe a little differently, more focussed on life cycle costs than has been possible before. Most railways have evolved piece by piece and section by section over time. The ability to step back and take a view of the overall system is pretty unusual, possibly unique.”

“We are in the position of a complete green field and have the opportunity to look at transport as whole, so areas such as how do we integrate the new rail system with the airports and ferry services both for passengers and freight. so we have definite opportunities. A directly connected port in Talinn and airports in all three countries, so we can consider multimodal integration from the start. The intention is to make these services as seamless as possible. So you could for example check in your luggage at one major railway station and fly from a different airport. We have the opportunity to develop infrastructure and services to support sustainable mobility from ‘day one’.”

How can you maximize the benefits pr advantages of this green field situation?

“We can look at what has been done by Shift2Rail, the direction being taken with ERTMS, and a lot of work has been done in other places. We also have to consider the 2022 TSI’s and the developments reflected in those. One key thing is that it seems likely ERTMS could become a more modular system, so over time you can replace subsystems without impacting the rest of the operation.”

“We can also look at forthcoming things like FRMCS: as we are looking at first services in 2026, we have a little more time until we make decisions. Although obviously 2022 and what the standards include, will be a primary driver for that – but a lot of services that FRMCS will enable, are things that we can potentially seek to implement.”

Text goes on under the picture

“The other thing that we are able to do are, again given the green field opportunity, is look at how the IT&telecom sectors have developed over the last ten to twenty years, especially when it comes to sustainablity (beyond just reducing power consumption). The opportunity is to embed the principle of modularity: for exampel we can look component by component and evaluate if we need this function now, or we don’t necessarily need that function today but we know we will need, or may want, it at some point. If we define the interfaces between functions in a modular way then that creates the possibility that in the future somebody can swap out a system or subsystem without impacting the rest of the infrastructure. We can aim to future proof and look at the life cycle, given that obviously we are building new infrastructure for a long service life.”

Can you name some of the systems or benefits that are being investigated?

“More flexible approaches have developed to IT in the last few years: look at cloud services, the industrial internet of things, sensors becoming more available at a more reasonable cost. Some sensors are producing Terrabytes of data so how do you integrate that, how do you move that amount of data. It is an interesting problem to have.”

“We know we are going tot have those sorts of issues – but we also know we are going to have the opportunity to putting fibre optic at the same time as the railway, so we can move railway data around on a scale that is maybe not that easy for infrastructures or railways. We can also look at synergies such as putting in additional fibre capacity to support for example the rollout of 5G and other connectivity, especially in rural areas or communities where maybe the population density is slightly less than it is in the big cities, and the businesscase for most operators is maybe not strong. If we deploy fibre at the same time as the railway construction, these communities will have additional benefits from the project.”

So rail Baltica is not only a transport connection, but also a data connection?

“It is an economic corridor, with digital synergies as key additional element. If we see the initiatives from governments in the European Union about the Gigabit Society and increasing everybody’s ability to communicate and work remotely, and look how everybody had to work from home in the last year, these all show the importance of having good connections. We can leverage our project and deploy other infrastructure synergies at the same time. Things which enable or accelerate rural broadband, or if somebody wishes to connect a business park, or additional connectivity near a station: the potential for digital links as well as physical connections. That is one of the reasons why this isn’t just a transport corridor, but also an economic corridor, with a whole range of potential benefits for the region and beyond.”