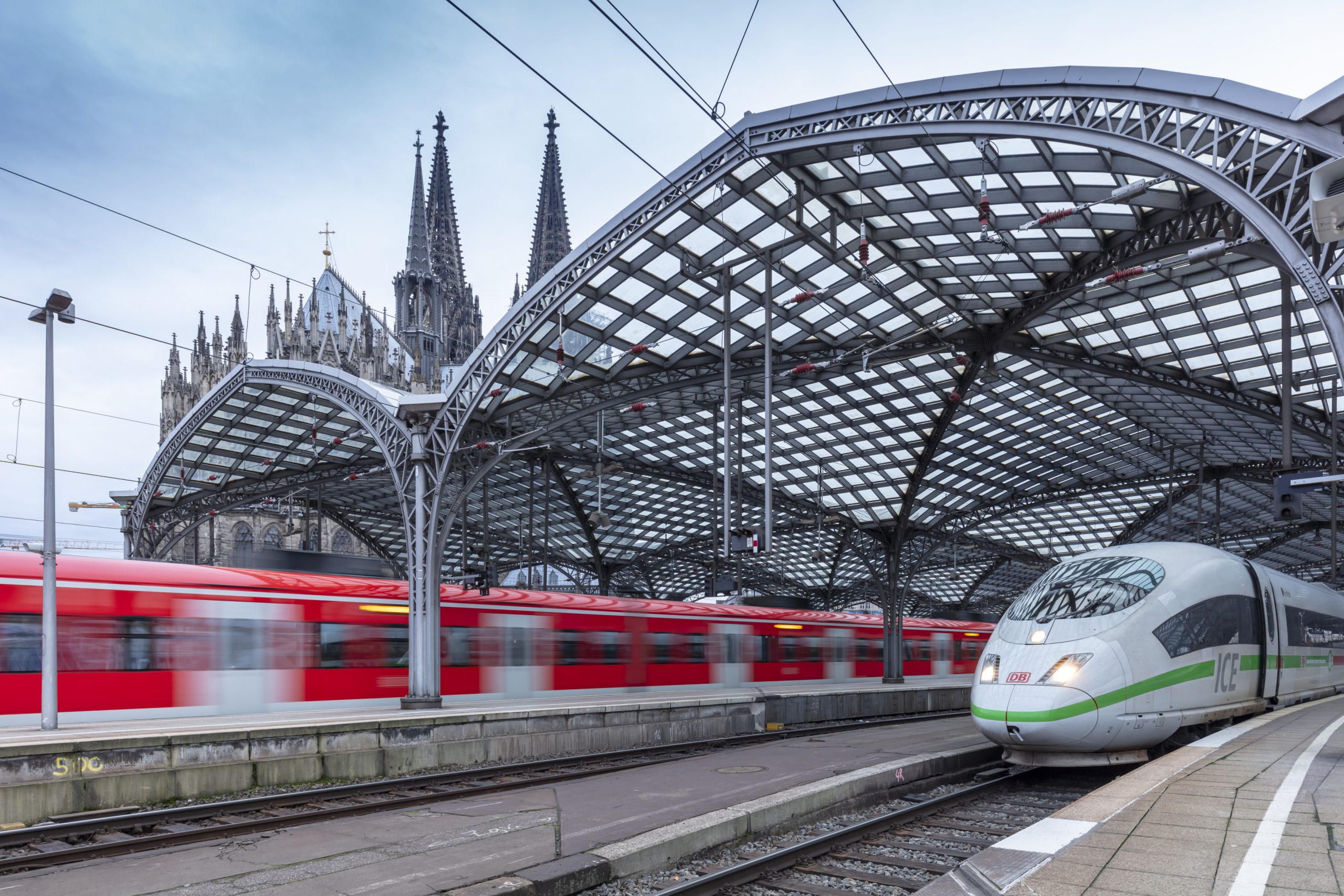 At the beginning of the German election year 2021, eight railway associations presented their most important demands for their next federal government. Three billion euros a year for infrastructure, the entire digitalisation of the railways by 2035 and accelerating the modal shift by directing at least two thirds of the investments in transport infrastructure into the rail network. That is what the associations advocate in a joint paper, presented on January 21.

The eight railway industry associations recognise that the current government coalition has already increased the financial resources for the rail sector. However, the Allianz pro Schiene (Alliance for Rail), the umbrella organisation for transport authorities for local rail passenger transport BAG SPNV, the alliance for fair competition in passenger rail Mofair, the Network of European railways (NEE), the Mobility Association Germany (VCD), Verband der Bahnindustrie, the Association of German Transport Companies (VDV) and the Association for Freight Wagon owners (VPI) call for the future federal government to increase the pace and give rail priority.

Dirk Flege, Managing Director of Allianz pro Schiene: “There is no traffic turnaround (modal shift) without a policy turnaround. So far, the federal government has promoted all types of transport, whether environmentally friendly or not. The next federal government must give the climate-friendly rail right of way over other modes of transport. It takes courage and determination. But only with these priorities Germany can meet its climate obligations in transport.”

The Federal Government and the Bundestag have already formulated the goal of doubling the number of local and long-distance passengers and the market share in this decade of rail freight traffic to at least 25 percent. The eight railway associations are now insisting on the implementation of the commitments, and put forward several concrete actions that the government can take to accelerate the shift to rail.

The key to a successful rail policy lies in expanding the rail infrastructure, say the rail associations. They name four elements that are important for a ‘Deutschlandtakt’, a Germany-wide integration of the individual timetables, and a more efficient rail infrastructure.

“In order to achieve the climate goals, we have to significantly expand the rail transport services”, says Frank Zerban, General Manager of BAG-SPNV: “We can only implement this once the bottlenecks on rail lines and in train stations have been eliminated. We therefore demand that the federal government provides at least three billion euros a year for new construction and expansion.”

In the paper, the rail associations also point out that a state rail infrastructure fund based on the Swiss model would be good for the expansion of rail infrastructure. Peter Westenberger, Managing Director of NEE (The Network of European Railways): “Switzerland has been using this principle, which has been confirmed by several referendums, for its successful railway policy since 1987. This is the only way to get away from the previous stop-and-go financing of important future projects.” The railway infrastructure that is not federally owned also needs more funding. The associations advocate that this is ”the only way to make the connection to customers in the area (the last mile) attractive”.

Both rail operations and infrastructure are becoming more efficient and reliable through digitalisation. The German rail associations name four key points to promote this. First of all, they advocate a concrete goal to digitise the entire German rail network by 2035. Put forward as the key technology for more efficiency in rail freight transport is Digital Automatic Coupling (DAK). The retrofitting of the 450,000 freight cars across Europe in this decade would cost more than eight billion euros. For this task, they emphasise in the paper that companies need financial support from the federal government and the EU.

Next, for consumer-friendly public transport, door-to-door through tickets must become the rule. This includes industry-wide information on timetables from all providers in real time and on modern features such as occupancy data. The associations call on the German government to provide more incentives for innovations, for example by increasing the ‘Federal Program for the Future of Rail Freight Transport’ and an innovation bonus for investments in digital, emission-free technologies.

To achieve a modal shift to rail, the railway associations put forward three main points that are needed for the modal shift towards railways. “Rail is the backbone of the traffic transition”, says Kerstin Haarmann, Federal Chairwoman of the Ecological Transport Club VCD. “The expansion and digitisation of the rail system must have top priority. We demand: at least two thirds of the investments in transport infrastructure must flow into the rail network. This is how we shift traffic away from the road: for more environmental protection and fewer traffic jams and road casualties.”

Next to these investments, the rail associations advocate to shift away from the principle “road only finances road” and towards the principle “traffic finances traffic”. With the revenue from truck toll, the dismantling of environmentally harmful subsidies, and with CO2 taxes, a faster traffic transition form road to rail could be financed. Several individual measures for a faster modal shift are also proposed: exempting the railways from electricity tax,  lowering the EEG surcharge for electrically operated trains, to set a framework for sustainable single-wagon traffic and to permanently reduce the charges for the use of infrastructure in passenger and freight traffic.