8,000 tonnes of ‘rock armour’ to protect UK line against floods 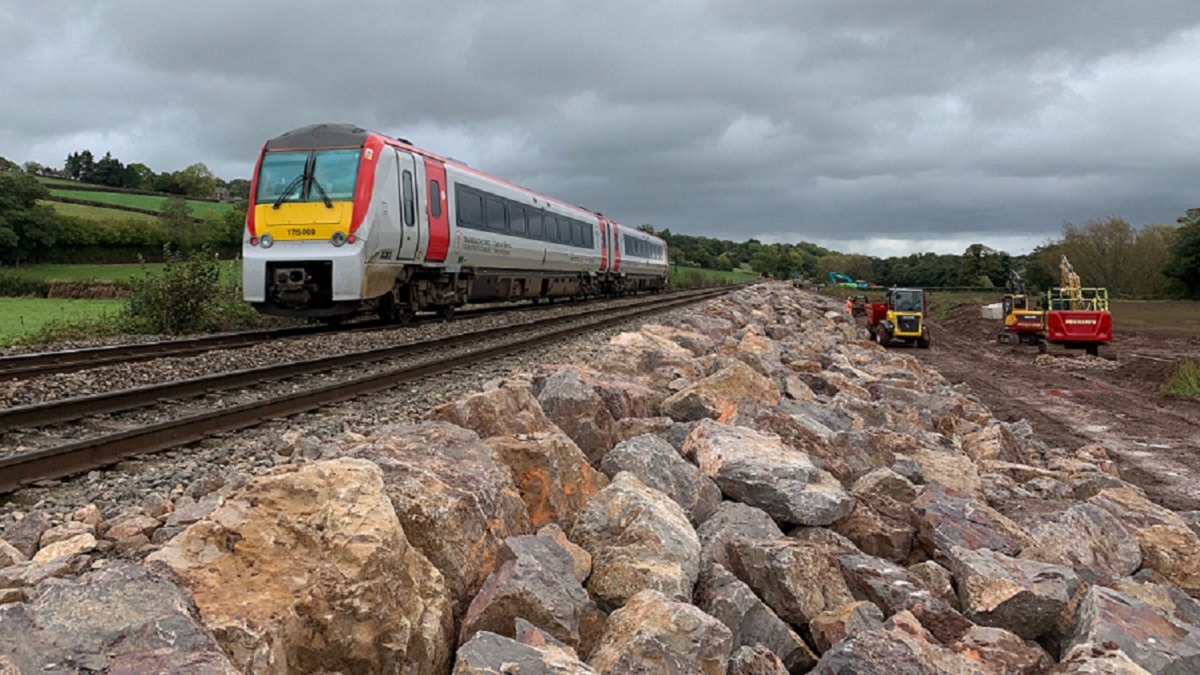 An increase in extreme weather over the past two years has seen several washouts on the Marches Line in the UK, causing short notice closures of up to seven days. To minimise future disruption and delays, Network Rail engineers have installed half-a-mile of rock armour and refurbished culverts (under track drainage) between Hereford and Abergavenny.

Closing this vital stretch of railway between Newport and Shrewsbury has a big impact on passengers and freight as many people use this line to reach other parts of the UK, including Manchester, Birmingham and North Wales. The work of Network Rail has therefore come just in time, at the start of a fresh new winter weather.

The same concept has proved successful on a flood-prone stretch of railway in the Conwy Valley.

Ten trains were used to carry more than 8,000 tonnes of rock – locally sourced from Machen Quarry, in South Wales – to the work site. Using trains meant the project’s carbon footprint was significantly reduced – the equivalent journey by road would have used 400 lorries.

The £4m work began in May 2021, with the first phase of the project completed in November. Further work will commence in Spring 2022, with more rock armour to be laid to future-proof the line against climate change.

Network Rail worked collaboratively with local landowners, Natural England and the Environment Agency to ensure that all necessary steps were taken to reduce impact on natural wildlife and the environment.
Alex Hinshelwood, programme manager at Network Rail said: “We know that rock armour works, as we’ve seen it in action on the Conwy Valley Line – where recent flooding there left the line closed for hours, instead of days.

“We are dedicated to improving resilience across the Wales and Borders route and what we’ve installed here will protect the future of this stretch of railway for many years to come.”

This project is the most recent addition in a long line of Network Rail schemes dedicated to facing climate change and improving resilience across the whole Wales and Borders route, including raising Black Bridge out of a flood zone, landslip defence on the Severn Estuary, and rock armour installation on the Conwy Valley Line.