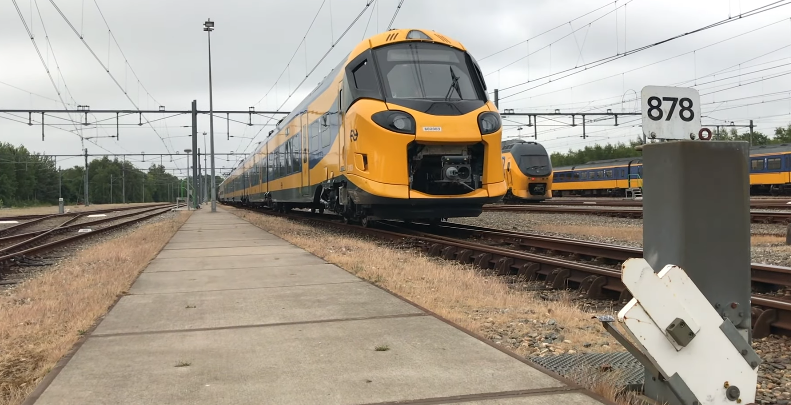 According to Dutch Railways (NS), journey times between Amsterdam and Brussels can be reduced with 40 minutes by skipping many stations, mainly in Belgium, and by deploying the Intercity New Generation (ICNG) train by 2025. The railway operator has launched a survey to see what travellers think of the plan.

Since the summer of 2020, NS and and the Belgian NMBS have been investigating various options to speed up and expand the current connection between Amsterdam and Brussels.

“An important part of this is what our passengers think of the current train journey to Brussels and what wishes they still have for the future”, says NS spokesperson Anita Middelkoop. “We have therefore sent a questionnaire to an existing NS customer panel, including topics such as on-board service.”

Intercity New Generation speeds it up

The stops at Breda in the Netherlands, and the Belgian stations Noorderkempen, Antwerp – Berchem, Mechelen, Brussels Airport – Zaventem and Brussels North would be skipped. This will allow NS to deploy the New Generation Intercity (ICNG), which runs at a maximum speed of 200 kilometres an hour. The current rolling stock has a maximum speed of 160 km/h. As a result of these measures, the journey time of 2.43 hours can be reduced to 2.03 hours.

The members of the NS passenger panel will be consulted for this plan. The rail operator has long had plans to have international trains start at Amsterdam Zuid. From there, the connection could also be extended in the direction of Lelystad in the central Dutch province Flevoland.

The current trains for the Amsterdam – Brussels connection will be due for replacement in 2025. NS has therefore already ordered a total of twenty new ICNG train sets in 2016, which have eight coaches, 410 seats per coach, an extra toilet and extra luggage space. These trains are suitable for the Belgian 3kV overhead voltage and are equipped with the European ERTMS rail safety system.

NS director Marjan Rintel already announced in August 2020 that she wants to speed up travel times to Brussels and Berlin with the new rolling stock. “We are awaiting the results of the study and will of course continue to discuss future improvements with NMBS”, said a spokesperson.

International long-distance trains are the topic of the third day (23 June) of the conference RailTech Europe 2022. How can cross-border traffic be improved? For more information and the speakers, visit the website.