All posts by eline

HERE Technologies is providing HD mapping technology for the Sensors4Rail project of Deutsche Bahn. In the pilot, DB will equip a Hamburg S-Bahn train with innovative sensors that locate the train and monitor surroundings, which can be localised on the HD map, which effectively creates a digital twin of the railway.

An important component for the Sensors4Rail pilot project is an HD map, a digital map of high-definition quality. It enables the train to pinpoint itself precisely on the tracks, and recognise and classify obstacles by sensing and surveying its surroundings. These can be accurately localised on the HD map so that in the future, the train control centre can react even faster.

The sensors placed on the S-bahn vehicle for the pilot will allow the turnouts to automatically report to the maintenance staff for any impending fault that will happen. This allows for trains to operate one behind each other at a faster and consistent pace. Ultimately, this technology set-up will enable Deutsche Bahn to increase the capacity by keeping more trains running on the tracks simultaneously.

Based on proprietary LiDAR-based data provided by Deutsche Bahn, the HD map for the project is built on the HERE location platform. The data includes objects along the route, such as buildings, poles, or platform edges, which serve as a reference to detect changes in the environment.

In effect, the map becomes the digital twin of the railway and its immediate surroundings. Through its location platform, HERE provides Deutsche Bahn with a private development environment to independently manage its data. The data remain fully under the ownership and control of Deutsche Bahn.

Dr. Kristian Weiland, Head of Program Digital Rail for Germany said, “At Deutsche Bahn, we are going to use the advantages of digital technologies to increase the capacity and quality of the railway system. The HERE HD map helps us to locate our trains more precisely. This way we can run more trains, at shorter intervals, on our existing infrastructure.”

“With our new private mapping offering, HERE’s location platform allows customers like Deutsche Bahn to create their own maps from proprietary sensor data, making use of the technical and operational mapmaking capabilities we have built and integrated into it,” said Jørgen Behrens, Chief Product Officer at HERE Technologies. “As HD mapping pioneers, it’s particularly good to see the concept of an HD map adding value in a different environment, beyond automated driving.”

Other project partners include Bosch, Ibeo and Siemens Mobility. They will present the results of the project at the Intelligent Transport Systems (ITS) World Congress in Hamburg from 11 to 15 October 2021, including live demonstrations of the test train. 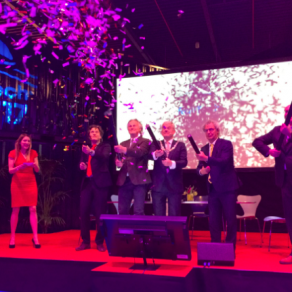 ProMedia Group opened registration for RailTech Europe 2021 Thursday morning and launched the new website. The first speakers are also public, including Elisabeth Werner, Director Land Transport of DG Move, and ERTMS coordinator Matthias Ruete of the European Commission. The digital edition of RailTech Europe will be broadcast on March 30 and 31 and April 1 from the ProMedia Studios in Rotterdam, the Netherlands. Dutch infrastructure manager ProRail is hosting the event.

The various parts of the European railway trade fair can be found on the website, which has a brand new design. The network platform on which the event will be broadcast offers the possibility to network with other participants in a targeted way, both during and after the event.

In addition to the launch of the new website, the organisation also revealed the first speakers: European Commissioner Elisabeth Werner from DG Move, ERTMS coordinator Matthias Ruete from the European Commission, Kaspars Briškens from Rail Baltica, Professor Diego Galar from Lulea University of Technology, Mark Topal from ÖBB, Pavel Popov from Russian Railways and Delphine Grandsart from the European Passenger Federation are confirmed to speak on the event.

Covid-19 makes it all the more important for the rail sector to be able to meet each other online. That is why during the three-day online event, just like at the physical fair and the conference, gathering knowledge and networking are central.

To this end, visitors can make use of an advanced network platform that makes it possible to make new contacts or make known contacts before, during and after the event. In addition to participating in joint workshops and break-out sessions, the platform also offers the possibility to schedule appointments with other rail professionals and to exchange one-on-one or with a group of knowledge in separate rooms.

“We have already gained extensive experience with this during the European Silk Road Summit that we organized last year from the trade journal RailFreight and other events of ProMedia Group. The possibility to network in a targeted way was very much appreciated by the participants”, explains project manager Events Kim de Vos.

The European Year of Rail, Digital Railway and Smart Infrastructure will be the main themes of RailTech Europe 2021. Within these themes, important topics such as the Green Deal, international rail transport, ERTMS, ATO, Artificial Intelligence, BIM and preventive rail maintenance are discussed. Participants will soon have the opportunity to participate in more than 150 different sessions, spread out across three days.

According to Arie van Dijk, publisher at organiser ProMedia, it is important to meet each other in this time. “Governments want to honour the commitments they made in the Paris Agreement, and the European Green Deal will also mean a lot for the railways. There are many opportunities for the industry, but not many options are left to discuss this. RailTech Europe does offer the opportunity to meet each other.” 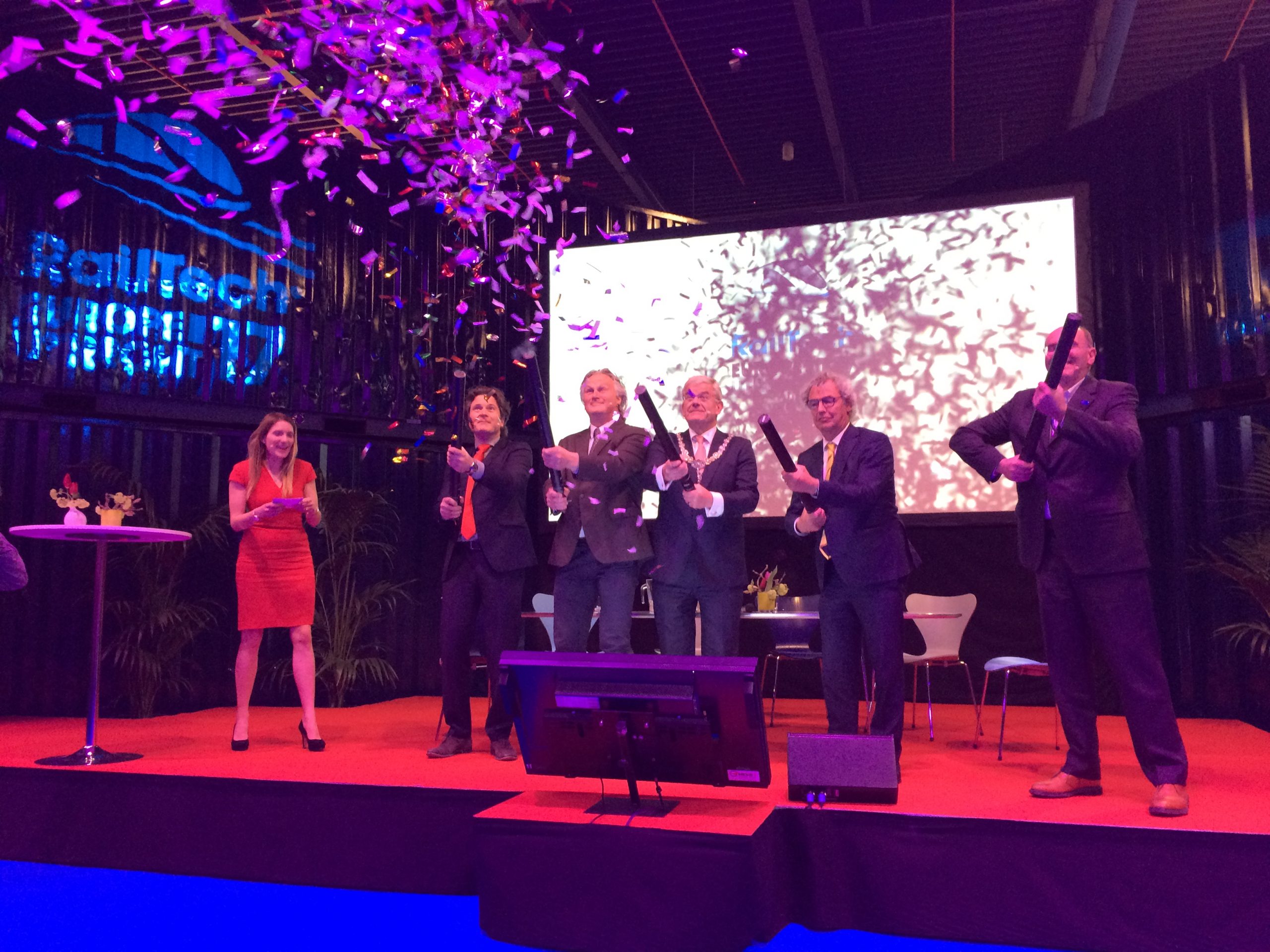 In addition to the digital edition, the railway trade fair will be physically organized again in 2022, as visitors to RailTech Europe are used to. But ProMedia wants to offer the rail sector the opportunity to virtually meet each other in March because of the challenges the sector is facing.

For three days, presentations, interviews and reports will be broadcast from the two studios in Rotterdam, but also from locations on the track or from parties working in the sector. Where a regular RailTech, as in 2019, attracts around 8,500 visitors, the organisation is counting on a much larger influx from all over Europe and beyond for this digital edition. Tickets are available free of charge until January 22 and are valid for the entire programme. Every visitor can compile their own programme from the wide range of presentations, workshops, interviews, Q&A sessions and reportages from different locations. 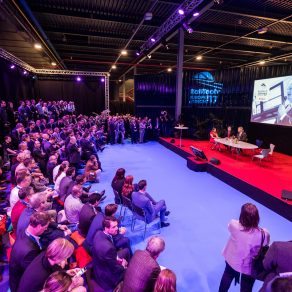 The large trade show for the technical rail industry, RailTech Europe, will continue next year, despite corona. On the 30th and 31st of March and the 1st of April the ProMedia studios in Rotterdam will be the epicenter of the international rail industry. During this three-day online event, just as with the physical event, gathering knowledge and networking are the key elements.

“Because of COVID-19 it is now impossible to meet each other on a large scale. All events have been canceled, but on the other hand, investments in the railways are going ahead. Parties are focusing on the growth of rail traffic and prevention of the economic downturn”, says Arie van Dijk, publisher at organizer ProMedia.

Continue at all costs

“Governments want to honor the commitments they made in the Paris Agreement and the European Green Deal will also mean a lot for railways. So many opportunities will arise for the industry, but there are not many options left to discuss this and to meet each other. The opportunities to do so continue to diminish “, says Van Dijk. “We therefore wanted RailTech Europe 2021 to continue at all costs. In fact, instead of a biennial event, the online event will be continued in 2022 in the form of the physical exhibition that visitors were used to over the past fifteen editions.”

RailTech Europe 2021 is therefore going digital. For three days, presentations, interviews and video reports will be broadcast from the two studios in Rotterdam, but also from locations on the track or at parties working in the sector. “As ProMedia we have gained a lot of experience in organizing online meetings. We already had a studio and web applications in use, well before the outbreak of corona. Since then we have further professionalized the deployment. We now provide several online events every day and news broadcasts for different industries.”

According to Van Dijk, online events offer new opportunities to reach large groups more easily than with a physical event. “We have various applications with which we can increase the interaction between speakers and participants, but also participants among themselves. By leaving a number of data and preferences, we can link participants to each other based on their profile. For example, buyers and suppliers. they can schedule appointments during the event for one-on-one conversations. To lower the barrier, the system matches people and sends out the invitations.”

RailTech Europe has three main topics this edition: Digital Railways, European Year of the Rail and Smart Infrastructures. Within these themes, ERTMS, ATO, asset monitoring, the European Green Deal, international train connections and leading rail construction projects are discussed. A lot of hard work is currently underway on the program, but it is already clear that participants will be presented with a choice of approximately 150 different sessions. This spread over three days.

Where a regular RailTech attracts around 10,000 visitors, as in 2019, the organization is counting on an at least as large interest from all over Europe for this digital edition. Tickets are available from January 4 and will apply to the entire programme. Via a timetable, every visitor can compile his own program from the wide range of presentations, workshops, interviews, O&A sessions and videoreports from location.